Working on The Nevernight Chronicle has been a strange experience for me. Truth told, I had no idea if other people would love the MC as much as I did.

I mean, she’s not even traditionally likeable. She swears, she smokes, she murders people. She’s stubborn and reckless and honestly, a little vain. But by the time Godsgrave came out, I realized Mia Corvere had struck a chord with readers that I haven’t really experienced before in any of the other series I’d created.

Fans of The Nevernight Chronicle love it with an intensity that astounds and humbles me. Which of course meant that writing the finale of the series came with certain pressures. What I’m saying is, it’s hard enough to write the ending of a trilogy. But when you know there are people out there with quotes from your book tattooed on their bodies for life, and if you mess this up, they’re going to be really upset with you, it gets even harder.

But one of the things that makes it easier is having an incredible team behind you. An amazing group of readers. An incredible publisher. Beautiful special editions. And, of course, a wonderful brigade of booksellers out there in the field, pushing your smut-filled murder-fest on an unsuspecting public.

I know I will never understand even a fraction of the work you’ve put in to make this series what it is. However, please understand I appreciate everything you’ve done. Books don’t succeed on their own, and this series couldn’t have been successful without you.

Hopefully, I’ll get to see many of you on tour in September. However, for those of you I miss, thank you, one and all. It truly means the world.

From bestselling and award-winning author Jay Kristoff comes the thrilling and heart-breaking conclusion to The Nevernight Chronicle.

Mia Corvere, gladiatii, escaped slave and infamous assassin, is on the run.

After the greatest games in Godsgrave’s history ended with the most audacious murders in the history of the Itreyan Republic, Mia finds herself pursued by Blades of the Red Church and soldiers of the Luminatii legion. She may never escape the City of Bridges and Bones alive.

Her mentor Mercurio is now in the clutches of her enemies. Her own family wishes her dead. And her nemesis, Consul Julius Scaeva, stands but a breath from total dominance over the Republic.

But beneath the city, a dark secret awaits. Together with her lover Ashlinn, brother Jonnen and a mysterious benefactor returned from beyond the veil of death, she must undertake a perilous journey across the Republic, seeking the final answer to the riddle of her life. Truedark approaches.

Night is falling on the Republic for perhaps the final time.

Darkdawn is published on 5th September 2019. 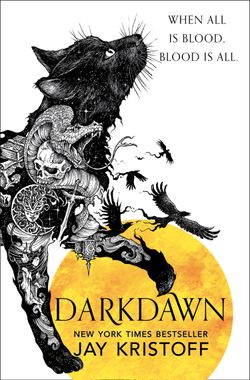 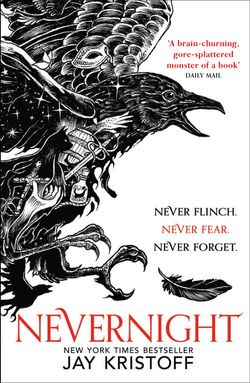