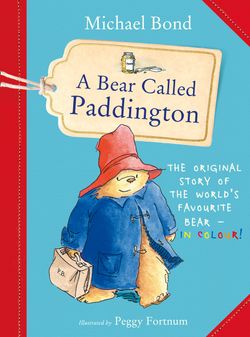 The original story of Paddington, the classic bear from Darkest Peru – now a major movie star!

Unabridged and illustrated in spectacular full-colour throughout, this beautiful large-sized edition of a much-loved classic will enchant established Paddington fans and a new generation of readers alike.

Paddington Bear had travelled all the way from darkest Peru when the Brown family first met him on Paddington station. Since then their lives have never been quite the same… for ordinary things become quite extraordinary when a bear called Paddington is involved.