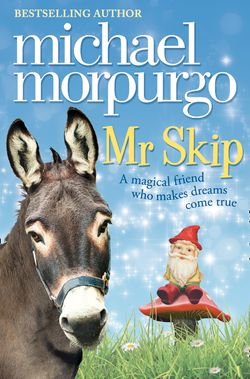 What they get is a garden gnome that Jackie finds in a rubbish skip; one she lovingly repairs and paints; a gnome she calls Mr Skip.

And Jackie soon discovers that with Mr Skip, anything is possible.