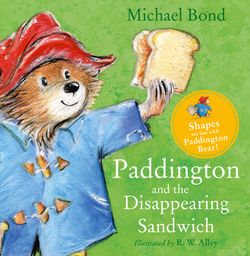 When Paddington Bear goes to town looking for different shapes, he soon discovers that some are much longer-lasting than others… especially if they happen to be very tasty!

Pre-schoolers will love identifying shapes on this journey with everyone’s favourite bear, Paddington!