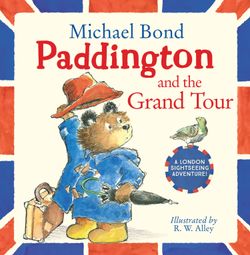 With his suitcase packed full of marmalade sandwiches and Mrs Bird’s umbrella (in case it rains), Paddington sets out for a day of sightseeing with his friend, Mr Gruber. How can he know that the tourists will think he’s their tour guide? And how is he to guess that they will follow him everywhere?