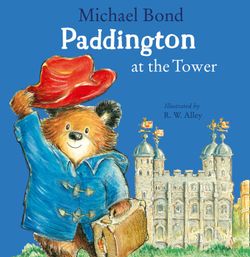 When Paddington visits the Tower of London he makes sure he has enough marmalade sandwiches to sustain him – a whole suitcase in fact!

Unfortunately, it is not only bears who like sandwiches as Paddington is soon to discover…