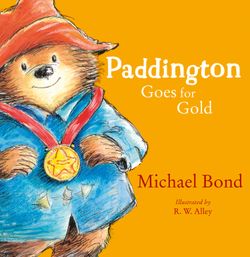 Paddington is in high competitive spirits when he accompanies the Brown family to a local sports day. But whether he’s putting the shot, helping Jonathan and Judy get ready for the three-legged race, or taking part in a relay, nothing goes quite as planned.

Will a gold medal ever be within Paddington’s reach?