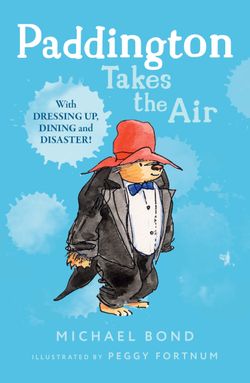 ‘I do wish I could see into Paddington’s mind,’ said Mrs Brown, ‘I know something’s going on. I can recognise the signs.’

And there is plenty of cause for concern when Paddington takes an interest in detective work. Not to mention sewing and ballroom dancing!