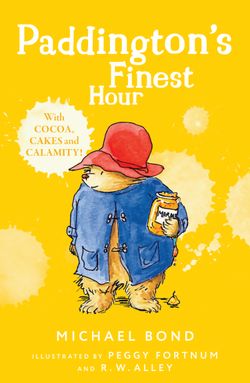 Paddington – the beloved classic bear from Darkest Peru, now a major movie star – is back in this fantastically funny, illustrated novel from master storyteller Michael Bond!

Paddington always finds himself in unusual situations so it is no surprise when he has a run-in with the police, appears in a TV cookery show, and gives one of his hard stares to a hypnotist!