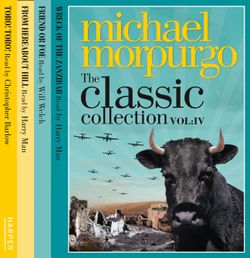 A further collection of the nation’s favourite storyteller. FRIEND OR FOE (2cds), TORO TORO (2cds), FROM HEREABOUT HILL (4cds) and WRECK OF THE ZANZIBAR (1cd)

TORO TORO and FRIEND OR FOE