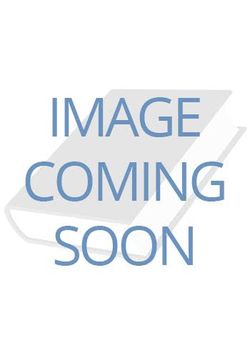 Straight talk and advice on building and running a startup from Ben Horowitz, one of Silicon Valley’s most respected voices.

A lot of people talk about how great it is to start a business, but only Ben Horowitz is brutally honest about how hard it is to run one.

In The Hard Thing About Hard Things, Ben Horowitz, cofounder of Andreessen Horowitz and one of Silicon Valley’s most respected and experienced entrepreneurs, draws on his own story of founding, running, selling, buying, managing, and investing in technology companies to offer essential advice and practical wisdom for navigating the toughest problems business schools don’t cover. His blog has garnered a devoted following of millions of readers who have come to rely on him to help them run their businesses. A lifelong rap fan, Horowitz amplifies business lessons with lyrics from his favorite songs and tells it straight about everything from firing friends to poaching competitors, from cultivating and sustaining a CEO mentality to knowing the right time to cash in.

His advice is grounded in anecdotes from his own hard-earned rise—from cofounding the early cloud service provider Loudcloud to building the phenomenally successful Andreessen Horowitz venture capital firm, both with fellow tech superstar Marc Andreessen (inventor of Mosaic, the Internet’s first popular Web browser). This is no polished victory lap; he analyzes issues with no easy answers through his trials, including

demoting (or firing) a loyal friend;whether you should incorporate titles and promotions, and how to handle them;if it’s OK to hire people from your friend’s company;how to manage your own psychology, while the whole company is relying on you;what to do when smart people are bad employees;why Andreessen Horowitz prefers founder CEOs, and how to become one;whether you should sell your company, and how to do it.Filled with Horowitz’s trademark humor and straight talk, and drawing from his personal and often humbling experiences, The Hard Thing About Hard Things is invaluable for veteran entrepreneurs as well as those aspiring to their own new ventures.

Ben Horowitz is the cofounder and general partner of Andreessen Horowitz, a Silicon Valley–based venture capital firm that invests in entrepreneurs building the next generation of leading technology companies. The firm's investments include Airbnb, GitHub, Facebook, Pinterest, and Twitter. Previously he was cofounder and CEO of Opsware, formerly Loudcloud, which was acquired by Hewlett-Packard for $1.6 billion in 2007. Horowitz writes about his experiences and insights in a blog that is read by nearly ten million people. He has also been featured in the Wall Street Journal, the New York Times, the New Yorker and the Economist, among others. Horowitz lives in the San Francisco Bay Area with his wife, Felicia.