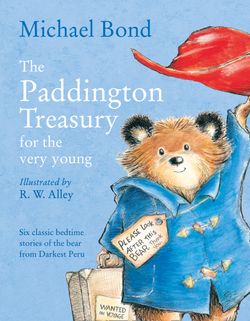 Paddington Bear has been delighting adults and children alike with his earnest good intentions and humorous misadventures for over fifty years. To celebrate his enduring popularity, six best-loved classic picture books are brought together in one lavish volume, truly to be treasured.

Paddington Bear had travelled all the way from Darkest Peru when the Brown family first met him on Paddington station. Since then their lives have never been quite the same… for ordinary things become quite extraordinary when a bear called Paddington is around.

This sumptuous treasury brings together six of the most popular stories: