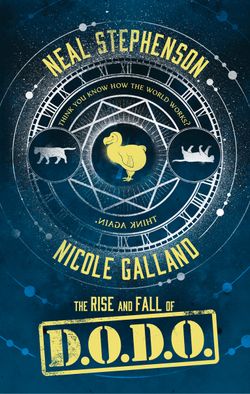 You think you know how the world works? Think again.

A young man from a shadowy government agency; an upstart academic at an Ivy League university – together they begin to uncover a secret that will change the world’s view of the past, and determine the future of humanity.

Neal Stephenson is the author of Seveneves, Reamde, Anathem; the three-volume historical epic the Baroque Cycle (Quicksilver, The Confusion, and The System of the World); Cryptonomicon, The Diamond Age, Zodiac and the iconic Snow Crash, named one of Time magazine's top one hundred all-time best English-language novels. He lives in Seattle, Washington.Nicole Galland is the author of six previous novels: Stepdog, Godiva, I, Iago, Crossed, Revenge of the Rose, and The Fool's Tale.