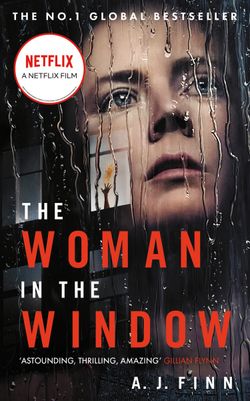 THE NUMBER ONE SUNDAY TIMES BESTSELLER

‘One of those rare books that really is unputdownable’ Stephen King

‘Twisted to the power of max’ Val McDermid

A. J. Finn has written for numerous publications, including the Los Angeles Times, the Washington Post and the Times Literary Supplement. Finn’s debut novel, The Woman in the Window, has been sold in forty-three territories worldwide and will be released as a major motion picture from Fox in autumn 2019. A native of New York, Finn lived in England for many years before returning to New York City.