Alison Kervin is an award-winning writer, biographer and journalist, short-listed for the 2004 and 2005 Interviewer of the Year for her work on The Times and the Sunday Times. She was also Woman of Achievement in Cosmopolitan magazine and won Feature Writer of the Year, Interviewer of the Year and Magazine Editor of the Year in the IPC magazine awards. She is currently a freelance writer and journalist, writing for the Sunday Times, Radio Times and Hello. In the past, she has written short stories, columns and interviews for publications as diverse as The Spectator, Company, Woman’s Own, Vogue, New York Times, Sydney Morning Herald,You magazine, The Mail on Sunday, Country Life and Tatler. Alison was formerly the Chief Sports Feature Writer of The Times newspaper where she wrote a weekly interview – The Kervin Interview – for three years, featuring stars ranging from Nick Faldo and Michael Owen to Prince Edward and Sean Connery. She even managed to interview Catherine Zeta-Jones by accosting her in the ladies toilets at a sports event in Monte Carlo.
Before working as a newspaper and magazine interviewer, Alison was The Times’ rugby editor for two years, and prior to that she was editor of Rugby World – the biggest-selling rugby magazine in the world. Alison worked for the Rugby Football Union as the public relations manager of the England team, was the first woman presenter on Rugby Special and the first woman to referee at Twickenham. She also holds coaching qualifications in 10 sports, and sits on numerous judging panels including the BAFTAS, BBC Sports Personality of the Year, Laureus International Sports Awards and the Magazine Journalist and Sports Journalist of the Year Awards. Her first novel, The Wag’s Diary, is due for release in October 2007. 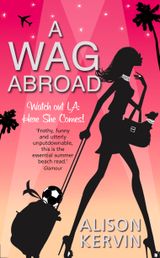 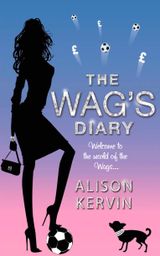 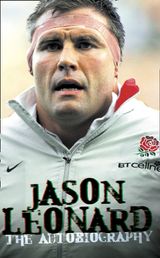