Christina Dalcher’s debut VOX was timely, provocative and thought-provoking. A novel with a sharp political edge, VOX resonated with the exploding conversations around feminism and power.

This spring Christina Dalcher returns with a thrilling new book. Q is set in a dystopian world where, under the new government, all children must undergo routine tests for their quotient, Q, and those who don’t measure up are placed into new government schools. Instead, teachers can focus on the gifted…

When I wrote VOX, I had no idea where it would lead or how a fictional re-creation of the Culture of Domesticity would ring so relevant in the twenty-first century.

I think many works of fiction are accidents waiting to happen. Q is one of those stories.

It’s a novel I consider deeply disturbing; it’s also a happy accident – a random search string led to further research, and I found the basis for a story that needed to be told.

Q’s plot centres around Elena Fairchild and her family, each of whom is caught in a web of constant assessment where only perfection counts. Only an individual’s Q, “quotient,” determines his or her future. Some embrace this new status quo. Others do not.

When I first heard about the state school system in 20th-century America, a rabbit-hole opened up. This hole was narrow and deep, with twists along the way.

It led to horrors we don’t find in history books: the obsession with breeding fitter humans, the effective incarceration of children deemed to be “unfit” or “feebleminded,” the forced sterilization of tens of thousands of men and women – all in the name of science. All in the name of a better society.

I was reading about the eugenics movement in the United States.

Sometimes, when we discover a great harm, it isn’t enough to know about it. The story begs to be spread far and wide, to be shouted out, to be sent into classrooms and book clubs, to be unearthed from the graveyards of buried history and given new life. This needs to happen, even if the resurrection of such a story is disquieting to both writer and reader.

Incorporating fact into a novel is always a risky business. Elena Fairchild’s situation is entirely of my own making.

As far as I know, the dark period of American history that serves as the basis for Q is long over, although, as with all extremist movements, there will always be leftovers. As we often say, history has a nasty tendency to repeat itself, particularly when we’re not paying attention or when we contentedly relegate the happenings of the past to a closet never again to be opened.

Q is a work of fiction, but the historical events referenced (and there are many of them) are very real.

Most of all, I hope this book encourages people to dig further into our past – in the UK, in America, and everywhere.

In this world, perfection is everything.

Elena Fairchild is a teacher at one of the state’s new elite schools. Her daughters are exactly like her: beautiful, ambitious, and perfect. A good thing, since the recent mandate that’s swept the country is all about perfection.
Now everyone must undergo routine tests for their quotient, Q, and any children who don’t measure up are placed into new government schools. Instead, teachers can focus on the gifted.
Elena tells herself it’s not about eugenics, not really, but when one of her daughters scores lower than expected and is taken away, she intentionally fails her own test to go with her. But what Elena discovers is far more terrifying than she ever imagined… 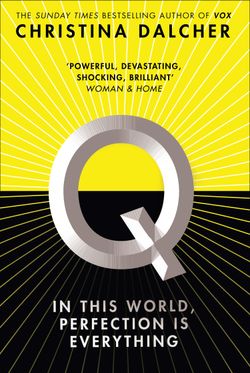 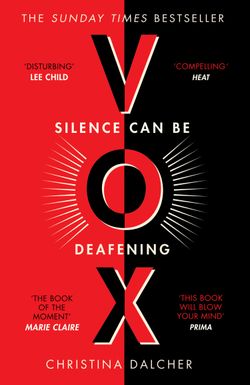