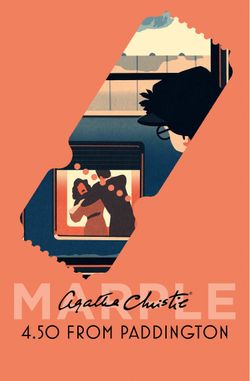 For an instant the two trains ran together, side by side. In that frozen moment, Elspeth witnessed a murder. Helplessly, she stared out of her carriage window as a man remorselessly tightened his grip around a woman’s throat. The body crumpled. Then the other train drew away.

But who, apart from Miss Marple, would take her story seriously? After all, there were no suspects, no other witnesses… and no corpse.