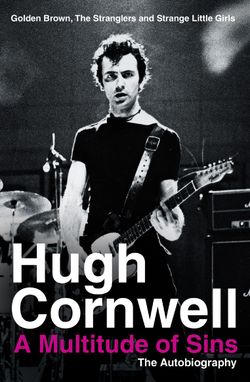 Autobiography by the singer and creative force of 70s rock group The Stranglers.

Hugh Cornwell was born in 1949. He attended Bristol University to study Biochemistry and went on to work as a laboratory assistant at Lund University in Sweden, from where he soon returned to pursue his music career.He was one of the founding members of The Stranglers, releasing hits such as ‘Golden Brown’, ‘Skin Deep’ and ‘No More Heroes’. He is accredited by many for having introduced the dark and subversive undertones that made the band such a huge success and so influential to contemporary and modern rock and punk music alike.He left The Strangler in 1990, attempting to form several bands before returning to his solo career in 1993 with the release of his third solo album. He has continued to release hugely successful albums and make numerous high-profile appearances to the present day.