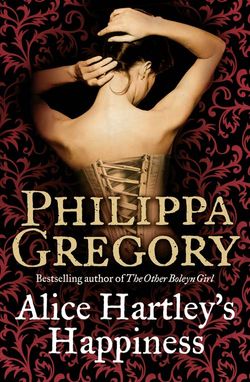 Social mores come under bestselling author Philippa Gregory’s acute scrutiny in this reissue of a long-unavailable novel of betrayal, revenge and liberation…

Alice Hartley can no longer arouse the interest of her pompous husband, the adulterous professor. Despite her efforts, she still leaves him cold.

Just as she is compelled to face this chilling truth, she meets Michael, a young student with an excessive libido. In Michael, Alice discovers an endless supply of all she has sought: revenge, sex and a large house suitable for conversion.

Soon the house is thigh-deep with women joyfully casting off the shacles of their oppression. Sadly, some narrow-minded neigbours and numerous forces of the law seem completely impervious to all those healing vibrations…

Philippa Gregory is an internationally renowned author of historical novels. She holds a PhD in eighteenth-century literature from the University of Edinburgh. Works that have been adapted for television include A Respectable Trade, The Other Boleyn Girl and The Queen's Fool. The Other Boleyn Girl is now a major film, starring Scarlett Johansson, Natalie Portman and Eric Bana. Philippa Gregory lives in the North of England with her family.