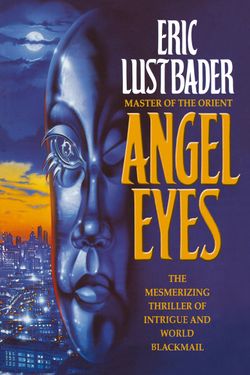 Eric Van Lustbader (he dropped his middle name Van, for several years due to a confusion about his last name) was born and raised in Greenwich Village. He is the author of more than twenty best-selling novels, including ‘The Ninja’, in which he introduced Nicholas Linnear, one of modern fiction’s most loved and enduring heroes, ‘Black Heart’, ‘Angel Eyes’, ‘The Kaisho’, ‘Floating City’, ‘Second Skin’, and ‘Dark Homecoming’. His latest novel, ‘Pale Saint’, was published in June, 1999, by HarperCollins in the UK. His novels have been translated into twenty languages; his books are best-sellers worldwide and are so popular whole sections of bookstores from Bangkok to Dublin are devoted to them.

He is also the author of a successful and highly regarded series of fantasy novels. Most recently, he has been working on a number of short stories and novellas which appeared in 1999: ‘Off The Beaten Path: Stories of Place’ for Farrar, Strauss and Giroux and ‘Murder And Obsession’ for Delacourt Press for Avon Books.

He is a graduate of Columbia College, with a degree in Sociology. Before turning to writing full time, he enjoyed highly successful careers in the New York City public school system, where he holds licenses in both elementary and early childhood education, and in the music business, where he worked for Elektra Records and CBS Records, among other companies. He was the first writer in the US to write about Elton John, and to predict his success. As a consequence, he and Elton and Bernie Taupin, Elton’s lyricist became friends. Writing in ‘Cash Box’ Magazine, he also predicted the successes of such bands as Santana, Roxy Music, the Jimi Hendrix Experience, David Bowie, and The Who, among others.

In his spare time, Mr. Lustbader serves on the Board of Trustees and the Executive Committee of the City & Country School in Greenwich Village, and tends his prized collection of Japanese maples and beech trees (The New York Times, Martha Stewart’s Living). He is a Second-Level Reiki master. He and his wife Victoria, who is on the Board of the South Fork-Shelter Island chapter of The Nature Conservancy (after working for them for seven years as Associate Director of Development and Special Events), have been residents of the South Fork of Long Island for more than fifteen years.