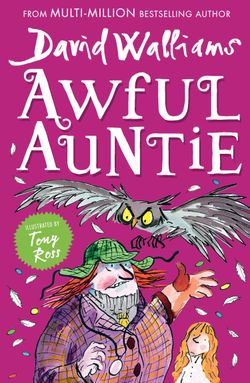 Stella Saxby is the sole heir to Saxby Hall. But awful Aunt Alberta and her giant owl will stop at nothing to get it from her. Luckily Stella has a secret – and slightly spooky – weapon up her sleeve…