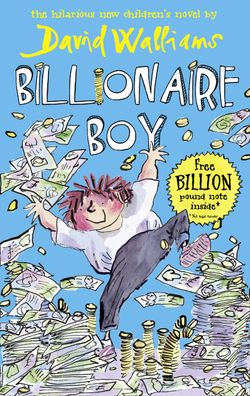 Joe has a lot of reasons to be happy. About a billion of them, in fact. You see, Joe’s rich. Really, really rich. Joe’s got his own bowling alley, his own cinema, even his own butler who is also an orangutan. He’s the wealthiest twelve-year-old in the land.

But Joe isn’t happy. Why not? Because he’s got a billion pounds… and not a single friend. But then someone comes along, someone who likes Joe for Joe, not for his money. The problem is, Joe’s about to learn that when money is involved, nothing is what it seems.

The best things in life are free, they say – and if Joe’s not careful, he’s going to lose them all…