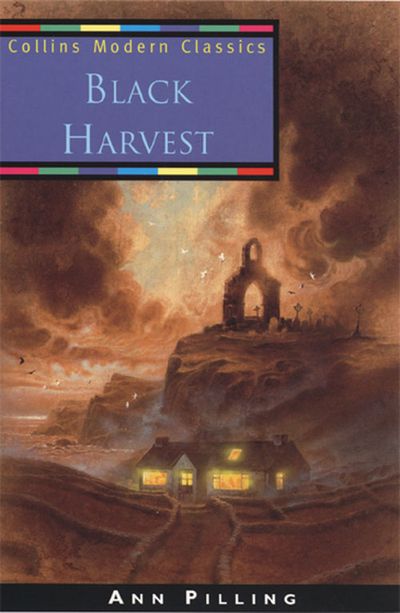 The rugged west coast of Ireland seems like the perfect place for a holiday. Then everything starts to go wrong. Colin is aware of an awful smell coming off the land, a smell of death and decay…

Colin and Prill were looking forward to a holiday of fun and adventure in Ireland. It would have been perfect if only they hadn’t had to drag along their “odd” cousin Oliver. But Oliver, it turns out, isn’t their biggest problem.
Almost from the moment they arrive, Colin feels sick from an awful smell, so powerful and horrible that it seems to be rising from the land of the dead. At the same time, Prill is visited by a strange creature creeping into her dreams. Who is she, and what does she want?
Only Oliver seems untouched by the danger. As the hot summer days continue, their terror mounts and their baby sister becomes critically ill. Oliver links the present horror with the terrible famine in Ireland of the 1840s – and the strange occupant of the nearby caravan, whose land was lost then through eviction – and he must bring about the reconciliation to save himself and his cousins.

Author: Ann Pilling
Format: Paperback
Ageband: 9 to 11
Release Date: 06 Nov 2009
Pages: 192
ISBN: 978-0-00-675426-8
Price: £9.99 (Export Price) , £9.99, €11.59
Ann Pilling was brought up in Warrington, Cheshire and many of her books are set in the industrial North West. After reading English at London University, she taught in Buckinghamshire then sent some time in America before returning to England and settling eventually in Oxford. She is married with two sons.Ann has been writing books for children since 1983. Her first published novel was Black Harvest, the first in a series of five ghost stories. Among her many titles are several novels of contemporary life including Henry’s Leg, which won the 1986 Guardian Award and was subsquently televised.Whenever possible, Ann retreats to the Yorkshire Dales which she calls ‘the country of my heart’.

”'History doesn’t get more real than this.” - Sunday Times