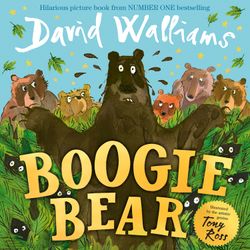 Up at the North Pole, a big furry polar bear is swimming, fishing and eating. But when she nods off and finds herself far from home, she thinks things can’t get any worse.

An outrageously funny picture book with an incredibly heartwarming message about celebrating difference – in all its forms.