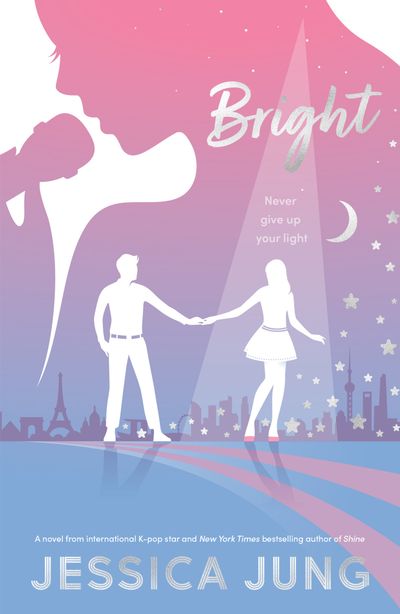 Crazy Rich Asians meets Gossip Girl by way of Jenny Han in this knock-out sequel, about a Korean American teen who is thrust into the competitive, technicolor world of K-pop, from Jessica Jung, K-pop legend and former lead singer of one of the most influential K-pop girl groups of all time, Girls Generation.

Couture gowns, press parties, international travel. Rachel Kim is at the top of her game. Girls Forever is now the number-one K-pop group in the world, and her fame skyrockets after her viral airport styling attracts the attention of fashion’s biggest names. Her life’s a swirl of technicolour glamour and adoring fans. Rachel can’t imagine shining any brighter.

The only thing that’s missing is love—but Rachel’s determined to follow the rules. In her world, falling in love can cost you everything.

Enter Alex. When Rachel literally falls head over designer heels into his lap on a crowded metro, she’s tempted to give up her anti-love vows. Alex is more than just heart-stopping dimples and adorably quirky banter. He believes in Rachel’s future—both in music and in fashion.

But the higher you rise, the harder you fall. And when a shocking act of betrayal shatters her world, Rachel must finally listen to her heart.

Author: Jessica Jung
Format: Paperback
Ageband: from 12
Release Date: 12 May 2022
Pages: 352
ISBN: 978-0-7555-0029-1
Price: £8.99 (Export Price) , £8.99
Jessica Jung\'s career was launched when she debuted in K-pop sensation Girls Generation, otherwise known as SNSD. After several years, she broke from her agency to create a solo album Love, Jessica. She became the star of reality show \'Jessica and Krystal; about the life and style of Jessica and her younger sister, Krystal. She is the creator of fashion line Blanc & Eclare, and has proven herself not just an internationally celebrated singer and performer but a face of global style and female empowerment. in 2018, Forbes Magazine listed Jessica as one of Asia\'s top 30 under 30, including the world\'s best and boldest leaders, creators and thinkers. Bright is the stunning sequel to Jessica\'s debut novel, Shine.

”'Shine is a lush, heart-filled story with a core of whip-smart satire. In Rachel, Jung has created a protagonist both sympathetic and believable, a girl dreaming big in a brutal industry. Prepare to laugh, cry, and devour this all in one sitting.' ” - Marie Lu, New York Times bestselling author of the Warcross Series