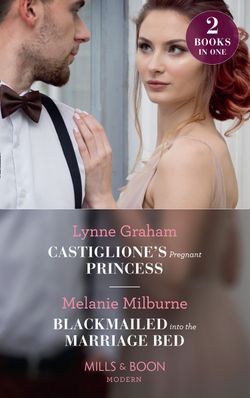 Prince Vitale is driven by royal duty—until his hunger for Jazmine leaves her pregnant. A temporary marriage will legitimise their twins, but is the fire between them enough to make Jazz his permanent princess?
Blackmailed into the Marriage Bed by Melanie Milburne
Vinn Gagliardi has everything—except for his wife!
Vinn wants estranged wife Ailsa back on his arm, and he’s not above blackmail. But Ailsa meets his fire with fire, and Vinn must entice her with a scorching seduction!