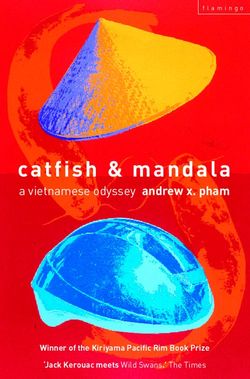 ‘Jack Kerouac meets “Wild Swans”.’ The Times. A voyage through Vietnam’s ghost-ridden landscape, at once a moving memoir, travelogue and compelling search for identity.

Vietnamese-born Andrew Pham finally returns to Saigon, not as a success showering money and gifts onto his family, but as an emotional shipwreck, desperate to find out who he really is. When his sister, a post-operative transsexual, committed suicide, Pham sold all his possessions and embarked on a year-long bicycle journey that took him through the Mexican desert; around a thousand-mile loop from Narita to Kyoto in Japan; and, after five months and 2,357 miles, to Saigon, where he finds ‘nothing familiar in the bombed-out darkness’. At first meant to facilitate forgetfulness, Pham’s travels turn into an unforgettable, eye-opening search for cultural identity which flashes back to his parent’s courtship in Vietnam, his father’s imprisonment by the Vietcong, and his family’s nail-bitingly narrow escape as ‘boat people’.

Lucid, witty and beautifully written, ‘Catfish and Mandala’ evokes a Vietnam you can almost smell and taste, laying bare the psyche of a troubled hero whose search for home and identity becomes our own.

Andrew X Pham was born in Vietnam in 1967 and moved to California with his family after the war. He lives in San Jose, California.