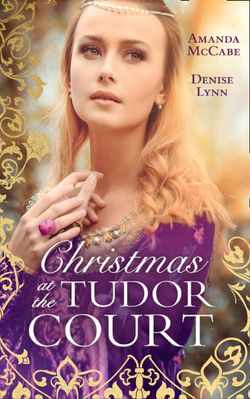 The lure if of the glittering Royal Court is impossible to resist!

When Lady Alys Drury falls for a handsome man amid the splendour of Queen Elizabeth’s Christmas court, he reveals himself to be Spanish sailor Juan posing as courtier John Hunt-ley, and an undercover spy for the crown! Amid the murky machinations of the court, can their love still bloom?
*
Isabella of Warehaven is the key to revenge that Richard of Dunstan craves. And now he has her securely in his arms, he won’t let her go. Unable to deny the stirrings of a dangerous attraction, can Isabella ease this fierce warrior’s torment?

Amanda McCabe wrote her first romance at sixteen – a vast historical epic starring all her friends as the characters, written secretly during algebra class! She's never since used algebra, but her books have been nominated for many awards, including the RITA Award, Booksellers Best, National Readers Choice Award and the Holt Medallion. In her spare time she loves taking dance classes and collecting travel souvenirs. Amanda lives in Oklahoma. Email her at: amanda@ammandamccabe.com