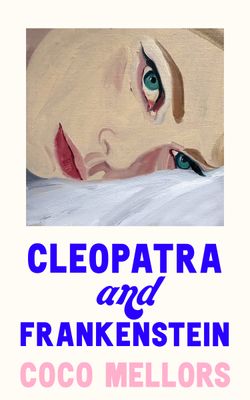 For readers of Modern Lovers and Conversations with Friends, an addictive, humorous, and poignant debut novel about the shock waves caused by one couple’s impulsive marriage.

‘A tender, devastating and funny exploration of love and friendship and the yearning for self-evisceration. Coco Mellors is an elegant and exciting new voice’ PANDORA SYKES, author of How Do We Know We’re Doing It Right

New York is slipping from Cleo’s grasp. Sure, she’s at a different party every other night, but she barely knows anyone. Her student visa is running out, and she doesn’t even have money for cigarettes. But then she meets Frank. Twenty years older, Frank’s life is full of all the success and excess that Cleo’s lacks. He offers her the chance to be happy, the freedom to paint, and the opportunity to apply for a green card. She offers him a life imbued with beauty and art—and, hopefully, a reason to cut back on his drinking. He is everything she needs right now.

Cleo and Frank run head-first into a romance that neither of them can quite keep up with. It reshapes their lives and the lives of those around them, whether that’s Cleo’s best friend struggling to embrace his gender identity in the wake of her marriage, or Frank’s financially dependent sister arranging sugar daddy dates after being cut off. Ultimately, this chance meeting between two strangers outside of a New Year’s Eve party changes everything, for better or worse.

Cleopatra and Frankenstein is an astounding and painfully relatable debut novel about the spontaneous decisions that shape our entire lives and those imperfect relationships born of unexpectedly perfect evenings.

Coco Mellors was raised in London and New York City. She completed her MFA in Fiction at New York University, where she was a Goldwater Fellow. She currently lives in Venice, Los Angeles.