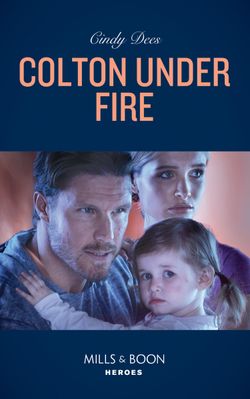 Detective Liam Kastor assumed he’d never see gorgeous Sloane Colton again after high school…right? So when the lovely lawyer suddenly show up in town years later, Liam’s floored. Newly divorced, Sloane is determined to make a life for herself and her toddler daughter.

But when deadly threats show up on Sloane’s doorstep, Liam is determined to find out who’s after her—and why.

Raised on a horse farm in Michigan, Cindy Dees dropped out of high school at 15 to attend the University of Michigan where she earned a B.A. in Russian and East European Studies. She became a U.S. Air Force Pilot, worked at the White House, and was a part-time spy during her military career. Her first novel was published in 2002, and she has published over forty more since then with HRS and HQN. She is a 5-time RITA finalist and 2-time RITA winner and has won numerous other awards.