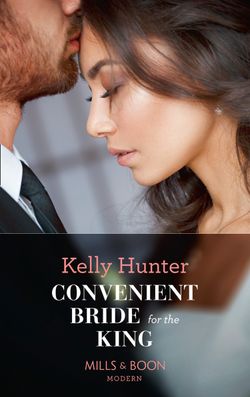 She refused his royal proposal…
…but will she let him unlock the passion within?

King Theodosius must find a queen in order to keep his throne, but his less than romantic proposal letter leaves sheltered Princess Moriana cold. So Theo decides to make Moriana an offer she can’t refuse… If she’ll consider becoming his bride he’ll heat things up by initiating his innocent queen into the pleasures of the marriage bed…

Kelly Hunter has always had a weakness for fairytales, fantasy worlds, and losing herself in a good book. She is married with two children, avoids cooking and cleaning, and despite the best efforts of her family, is no sports fan! Kelly is however, a keen gardener and has a fondness for roses. Kelly was born in Australia and has travelled extensively. Although she enjoys living and working in different parts of the world, she still calls Australia home.