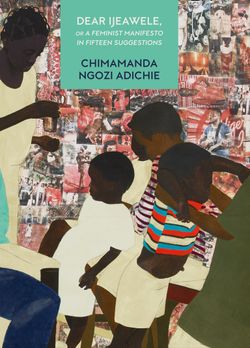 I have some suggestions for how to raise Chizalum. But remember that you might do all the things I suggest, and she will still turn out to be different from what you hoped, because sometimes life just does its thing. What matters is that you try.

In We Should All be Feminists, her eloquently argued and much admired essay of 2014, Chimamanda Ngozi Adichie proposed that if we want a fairer world we need to raise our sons and daughters differently. Here, in this remarkable new book, Adichie replies by letter to a friend’s request for help on how to bring up her newborn baby girl as a feminist. With its fifteen pieces of practical advice it goes right to the heart of sexual politics in the twenty-first century.