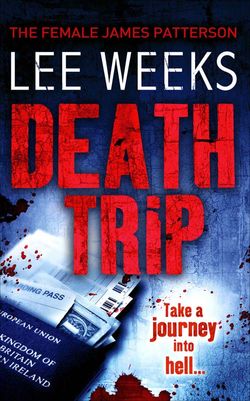 It was supposed to be the trip of a lifetime. But it became a journey into hell…

Paradise has become a nightmare. Five young voluntary workers on a once in a lifetime gap year in Thailand have vanished into thin air. Entire villages lay ransacked, their people brutally murdered.

Meanwhile, in Hong Kong, troubled detective Johnny Mann is haunted by personal demons, including the unsolved murder of his father. Trying to pick up the pieces of his life, he receives a desperate plea for help from a woman in Amsterdam – a woman who claims to have known his father intimately years before.

Hoping to unravel to mystery shrouding his father’s death, Mann agrees to go undercover and search for the five missing teenagers, one of whom is the woman’s 18-year-old son, Jake. And Mann’s secret brother…

From the carefree beaches of Thailand to the labyrinthine streets of Amsterdam, nothing is as at seems as Mann is plunged into conspiracy and peril and pitted against pure evil.

Lee Weeks was born in Devon. She left school at seventeen and, armed with a notebook and very little cash, spent seven years working her way around Europe and South East Asia. She returned to settle in London, marry and raise two children. She has worked as an English teacher and personal fitness trainer. Her books have been Sunday Times bestsellers. She now lives in Devon.Follow the investigations of Johnny Mann on Twitter at @DIJohnnyMann