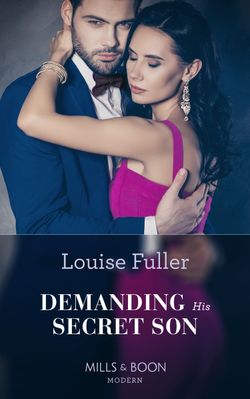 ‘You want us to get married—again?’

He’ll do anything to secure his shock child!

By the time Theodora realised she was pregnant, her turbulent marriage to Greek hotel magnate Aristotle Leonidas was over. Since then she’s zealously guarded her secret… Until Aristotle discovers his heir and demands Teddie marry him—again! But, even with their chemistry as red-hot as ever, Teddie wants more this time. Now, to claim his son, Aristo must reclaim his wife!

Louise Fuller was a tomboy who hated pink and always wanted to be the prince. Not the princess! Now she enjoys creating heroines who aren’t pretty pushovers but strong, believable women.

Before writing for Mills and Boon, she studied literature and philosophy at university and then worked as a reporter on her local newspaper. She lives in Tunbridge Wells with her impossibly handsome husband, Patrick and their six children.