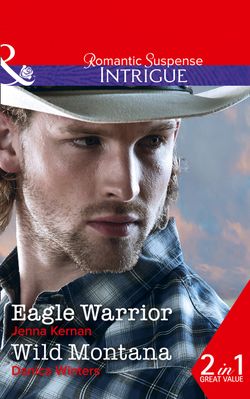 As a former US Marine, Ray Strong is no stranger to high-risk situations. But when he is assigned to protect Morgan Hooke, Ray suspects there is more to his mission than meets the eye. Is Morgan an innocent bystander or the keeper of her father’s secrets?

Wild Montana by Danica Winters
Both agent Casper Lawrence and park ranger Alexis Finch know how it feels when love goes wrong. But when a grisly murder unveils a conspiracy and the two are forced to pair up in the hopes of solving the crime, they can’t fight their growing attraction…

Danica Winters is a bestselling author who has won multiple awards for writing books that grip readers with their ability to drive emotion through suspense and occasionally a touch of magic.
When she’s not working, she can be found in the wilds of Montana testing her patience while she tries to hone her skills at various crafts (quilting, pottery, and painting are not her areas of expertise). She always believes the cup is neither half full nor half empty, but it better be filled with wine.