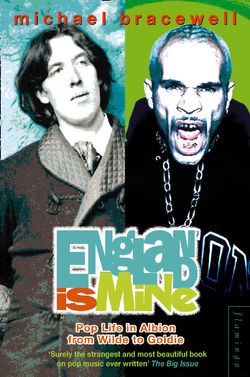 A blistering, brilliant and utterly original explanation of the Englishness of English pop culture in the twentieth century.

An ambitious mould-breaking book on Englishness which abandons the false distinction between ‘high’ and ‘low’ culture in favour of a borderless world where pop music and sculpture, literature and film, TV and painting are all accorded the same respect, and are part of the same vision.

Here is the triumphant vindication of the alienated suburban dandy.

MICHAEL BRACEWELL is the author of five works of fiction: The Crypto-Amnesia Club (Serpent’s Tail, 1988); Missing Margate (1988); Divine Concepts of Physical Beauty (Secker, 1989); The Conclave (Secker, 1992) and Saint Rachel (Cape, 1995). He is also a journalist who regularly contributes to the Observer, Guardian, Independent, The Face, Harpers & Queen, frieze and other magazines. He occasionally presents TV programmes too.