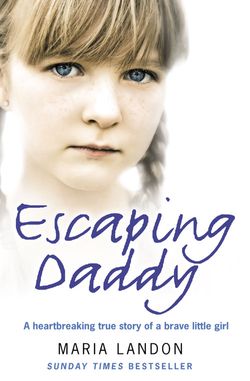 The sequel to Daddy’s Little Earner tells Maria’s story as she tries to rebuild her life.

Determined to escape from her past and be the best wife and mother she could possibly be, Maria throws herself into her marriage. But it is never that easy to escape from such a traumatic start in life.

Maria tells the story of her marriage into the gypsy community and the emotional demons that rise up from her childhood to haunt her as she becomes the victim of violence once more. She leads the reader through her own personal and inspiring journey out of a nervous breakdown, through two marriages and on to becoming a personal development teacher, helping many others to overcome their pasts, and a strong, empowered single mother of two boys.

Maria Landon was a teenage prostitute with a drink and drugs habit when she became pregnant with her first child. The arrival of the baby changed everything and, having been through counselling to help deal with her past, she then trained to be a counsellor herself. Her aim is to help people who have been taught as children to think that they are worthless, a technique her father used to keep her in his power. She is now the mother of two sons in their early twenties.Escaping Daddy is Maria’s second book.