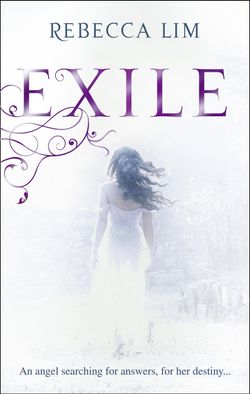 An electric combination of angels, mystery and romance, EXILE is the breathtaking sequel to MERCY in a major new paranormal romance series.

There’s something very wrong with me. When I wake up, I could be anyone…

An angel in exile, Mercy is doomed to return repeatedly to Earth, taking on a new human form each time she does. Now she “wakes” as unhappy teen Lela, a girl caring for a dying mother but never herself.

As her shattered memory begins to return, Mercy remembers Ryan, the boy she fell in love with in another life, and Luc, the angel haunting her dreams. Will Mercy risk Lela’s life to be reunited with her heart’s true desire?

An electric combination of angels, mystery and romance, Exile is the second book in the spellbinding MERCY series.

Rebecca Lim is a writer and illustrator based in Melbourne, Australia. She worked as a commercial lawyer for several years before leaving to write full time. Rebecca is the author of sixteen books for children and young adult readers. An Aurealis Awards finalist, Rebecca’s work has been longlisted for the Davitt Award for YA, the Gold Inky Award, the David Gemmell Legend Award and the CBCA Book of the Year Award for Older Readers. Her novels have been translated into German, French, Turkish, Portuguese and Polish.