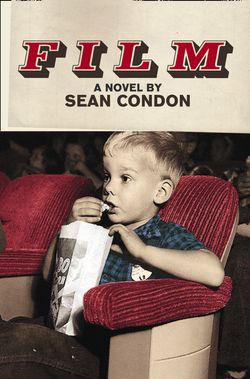 ‘Everyone wants to be Cary Grant – even me.’
Cary Grant

When eight-year-old Henry Powdermaker makes a short film that abruptly ends his parents’ marriage, the course of his life is set. From that early traumatic moment Henry, who wants to be in films at any cost, has trouble distinguishing the real world from its celluloid counterpart. He lies in bed
at night and imagines himself and his girlfriend Madeleine as the leads in a film, ‘the only two swimmers in a sea of two-dimensional extras’. Later, his conviction that he actually is in a screwball comedy – he smokes a meerschaum pipe, wears tweed and calls everyone kid, bub, Joe or fella, including his boss – followed by the realisation that he is not Cary Grant propels him pretty rapidly onto the psychiatrist’s couch.

It’s hard to keep track of yourself when you are constantly wishing you’re someone else and Film brilliantly tracks Henry’s Orson Wellesian dreams and extremely indirect path from home wrecker to Hollywood. It’s a journey that is dramatic, funny, and oddly moving.

Co-starring Charles Rocket as the best friend, Ethan Vaughan as the flatmate who looks like James Coburn with his head in a vice, Ethan’s girlfriend Bambi Yessno as herself, Jack Powdermaker as ‘Big Dad’ (a professional cadaver in the making) and Alec Name as ‘Henry Powdermaker’. Featuring controversial cameos by Quentin Tarantino, Janeane Garofalo, Peter Bogdanovich and many more. Rated PG.

Sean Condon is the author of Drive Thru America and Sean & David's Long Drive. He was born in Australia and now lives in Amsterdam