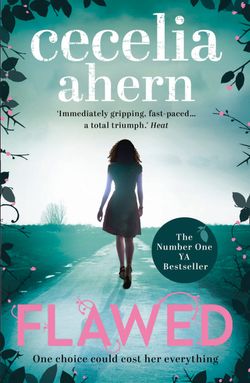 The stunning YA debut from internationally bestselling author Cecelia Ahern.

In this stunning novel, bestselling author Cecelia Ahern depicts a society in which perfection is paramount and mistakes are punished. And where one young woman decides to take a stand that could cost her everything.

Cecelia Ahern was born and grew up in Dublin. She is now published in nearly fifty countries, and has sold over twenty-four million copies of her novels worldwide. Two of her books have been adapted as films and she has created several TV series. She and her books have won numerous awards, including the Irish Book Award for Popular Fiction for The Year I Met You.