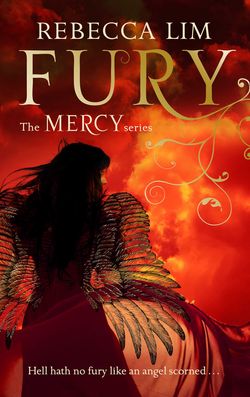 Everything that has happened to Mercy over millennia has made her who she is. Now she and The Eight wage open war with Luc and his demons, and the earth is their battlefield.

Ryan’s love for Mercy is more powerful than ever, her guiding light in the hour of darkness. But the very love that sustains her, now places Ryan in mortal danger.

Rebecca Lim is a writer and illustrator based in Melbourne, Australia. She worked as a commercial lawyer for several years before leaving to write full time. Rebecca is the author of eleven books for children and young adult readers, and her novels have been translated into German, French and Turkish.