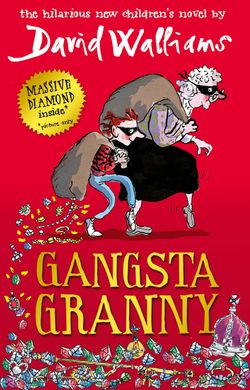 A hilarious and moving story of old age, adventure, stolen jewels and swimming the Thames, from from David Walliams, number one bestseller and fastest growing children’s author in the country.