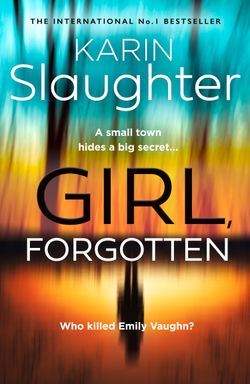 Prom Night, Longbill Beach, 1982.  Emily Vaughn dresses carefully for what’s supposed to be the highlight of any high school career. But Emily has a secret. And by the end of the night, because of that secret, she will be dead.

Nearly forty years later, Andrea Oliver, newly qualified as a US Marshal, receives her first assignment: to go to Longbill Beach to protect a judge receiving death threats. But Andrea’s real focus isn’t the judge – it’s Emily Vaughn. Ever since she first heard Emily’s name a year ago, she’s been haunted by her brutal death.  Nobody was ever convicted – her friends closed ranks, her family shut themselves off in their grief, the town moved on – so the killer is still out there. But now Andrea has a chance to find out what really happened…

Karin Slaughter is the author of over twenty instant Sunday Times bestselling novels including the Edgar-nominated Cop Town and standalone novels Pretty Girls, The Good Daughter, and Pieces of Her.  She is published in 120 countries with more than 40 million copies sold across the globe. Pieces of Her is a Netflix original series starring Toni Collette, and False Witness, the Grant County, and Will Trent series are in development for television. Slaughter is the founder of the Save the Libraries project—a nonprofit organization established to support libraries and library programming. A native of Georgia, she lives in Atlanta.