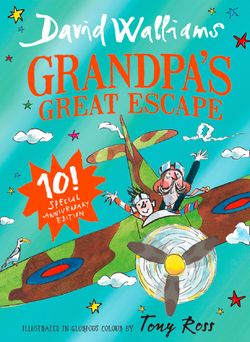 David Walliams’ bestselling book Grandpa’s Great Escape has gone FULL COLOUR in a brand-new anniversary edition. This beautiful hardback gift book is the perfect present for children of any age, and contains an introduction from David Walliams himself. Available for a limited time only!