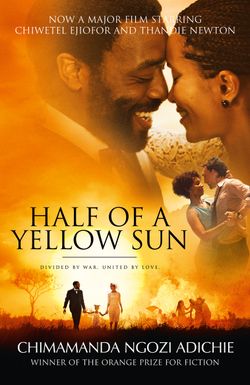 Winner of the Orange Broadband Prize for Fiction 2007, this is a heartbreaking, exquisitely written literary masterpiece. Now a major film starring Thandie Newton and Chiwetel Ejiofor, due for release in 2014

In 1960s Nigeria, Ugwu, a boy from a poor village, goes to work for Odenigbo, a radical university professor. Soon they are joined by Olanna, a young woman who has abandoned a life of privilege to live with her charismatic lover. Into their world comes Richard, an English writer, who has fallen for Olanna’s sharp-tongued sister Kainene. But when the shocking horror of civil war engulfs the nation, their loves and loyalties are severely tested, while their lives pull apart and collide once again in ways none of them could have imagined…