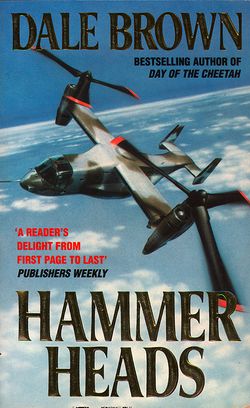 Former US Air Force captain Dale Brown was born in Buffalo, New York,and now lives in Nevada. He graduated from Penn State University with a degree in Western European History and received a US Air Force commission in 1978.

While in the Air Force, he was a navigator-bombardier in the B-52G Stratofortress heavy bomber and the FB-111A supersonic medium bomber, flying over 2500 hours in different military tactical and training aircraft and receiving several military decorations and awards. He was still serving in the Air Force when he wrote ‘Flight of the Old Dog’, his highly acclaimed first novel. Since then he has written a string of New York Times bestselling action-adventure novels, all of which are available from HarperCollins.