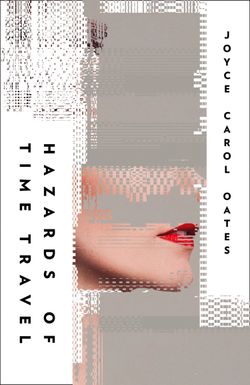 When a recklessly idealistic girl in a dystopian future society dares to test the perimeters of her tightly controlled world, she is punished by being sent back in time to a region of North America – ‘Wainscotia, Wisconsin’ – that existed eighty years before. Cast adrift in time in this idyllic Midwestern town, she is set upon a course of ‘rehabilitation’ – but she falls in love with a fellow exile and starts to question the constraints of her new existence, with results that are both devastating and liberating.

Arresting and visionary, Hazards of Time Travel is an exquisitely wrought love story, a novel of harrowing discovery – and an oblique but powerful response to our current political climate.

Joyce Carol Oates is a recipient of the National Book Critics Circle Lifetime Achievement Award, the National Book Award and the PEN / Malamud Award, and has been nominated for the Pulitzer Prize. Her books include We Were the Mulvaneys, Blonde, Carthage, and, most recently, A Book of American Martyrs. She is Professor of Humanities at Princeton University.