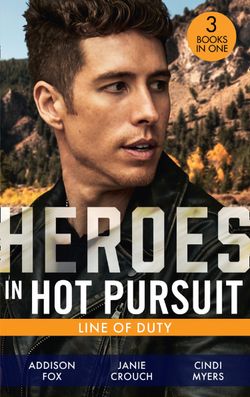 The truth can kill…

After her Father’s murder, socialite Landry Adair must pretend sexy FBI agent Derek Winchester is her boyfriend to uncover the truth. Pretend hugs and kisses soon stir real attraction. But as Landry and Derek race to uncover family secrets, more danger arises. But they’ll fight tooth and nail for a real chance at love!
•
Andrea Gordon is a top agent, whose skill at reading people is unrivalled—until she meets fellow profiler Brandon Han. Paired together to track a serial killer who has been targeting at-risk women, the two become entangled beyond the case. But their deepening mutual attraction leads them to other truths…about each other!
•
A child is all scientist Hannah Dietrich has left of her late sister…a child possibly kidnapped by the mysterious cult her sister had joined. To discover the truth about Emily’s death and find her infant daughter, Hannah turns to Special Agent Walt Riley. Delving into the cult’s dark secrets proves more dangerous than expected and elicits feelings neither of them could anticipate…

Cindy Myers became one of the most popular people in eighth grade when she and her best friend wrote a torrid historical romance and passed the manuscript around among friends. Fame was short-lived, alas; the English teacher confiscated the manuscript. Since then, Cindy has written more than 50 published novels. Her historical and contemporary romances and women’s fiction have garnered praise from reviewers and readers alike.