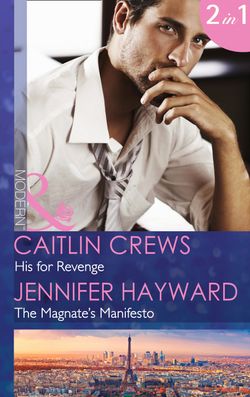 Walking down the aisle towards striking but cold CEO Chase Whitaker was never meant to be Zara Elliot’s fate. But to safeguard the family business, she’ll have to play along…

Chase is only interested in one thing – his own dark game of revenge against Zara’s father. The one thing he hadn’t counted on? Zara’s charm and natural beauty unsettling his rock-hard defences.

But their wedding night proves to be a game-changer and they both realise they’re in over their heads. Losing is never an option for Chase… but winning suddenly takes on a very different meaning!

The Whitaker name was once synonymous with power, wealth and control. But with the family business facing certain ruin and its reputation turning into dust, the Whitaker siblings need to make the ultimate sacrifice to safeguard their futures…

Following the death of Mattie Whitaker’s father, a merger with Greek tycoon Nicodemus Stathis’ company will go a long way toward fixing her problem, but Nicodemus’s help comes at a price…

Book 2 – HIS FOR REVENGE

Chase Whitaker is playing his own dark game of revenge against Zara Elliot’s father, the chairman of his board who he plans to replace-but he has no defences against Zara’s unstudied charm and natural beauty….

His for Revenge 4.5* RT Book Review

Crews’ tale is intensely dramatic, set in a quaint fictional European principality. The royal repartee is all-consuming, their lovemaking is sensual and volatile and their romance is a nightmare turned fairy tale. 4.5* RT Book Review

Add a wonderful Caitlin Crews title to your collection!

Award-winning author JENNIFER HAYWARD emerged on the publishing scene as the winner of Harlequin's So You Think You Can Write global writing contest. The recpient of Romantic Times Magazine's Reviewer's Choice Award for Best Harlequin Presents of 2014 Jennifer's careers in journalism and PR, including years of working alongside powerful, charismatic CEOs and traveling the world, have provided perfect fodder for the fast-paced, sexy stories she likes to write.