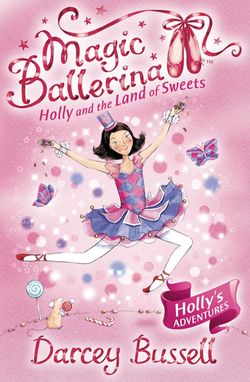 Its carnival time in Enchantia!
Everyone is looking forward to having a wonderful time.
But when Holly and the White Cat make a surprise visit to the Land of the Sweets, they find that EVERYTHING is topsy-turvy! How can they put things right before the Lollipop Carnival begins?